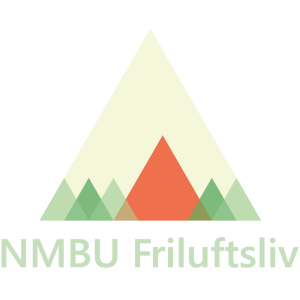 The North of Norway welcomed us with a beautiful sunset. We were late for the organized gathering evening, so the other participants welcomed us quite shyly. With a little climbing-session and music the situation became luckily more relaxed. The first night we slept in exactly this climbing hall, which was part of the gym of the University of Tromsø.

The next day started really early – we got thrown out of the gym by 7 a.m. because the sport elite of Tromsø came for exercising. Until the other participants and the bus arrived we waited, drank coffee and played card games. The bus took us on a two hour trip to the Aurora Observatory in Skibotn – the final destination for this weekend. We ended up being approximately 40 participants, who came from outdoor-clubs all over Norway (Oslo, Sognefjord, Bergen, Narvik, Ås, Tromsø). It was a sunny Friday afternoon with a beautiful autumnally mountain landscape. The organization group Friluftsliv Troms divided us in mixed teams of five people. We had to find a group name, create a flag and collect bonus points for the mission at an old fashioned Kubb tournament. In the evening we built up the tents, had warm dinner and became acquainted with each other. One part of the evening program was that every group had to choose a team-mascot, which they should take with them for the hike and which should be on every picture that will be taken. Pamela’s group took an electric guitar, others had a stuffed cod, a pirate hat, a swimming ring (Tara´s team) and huge sunglasses. The team with the cod was extraordinary obsessed with its mascot, which in turn was entertaining for all of us.

The next day (let’s get down to business): During the morning we received the instruction and the rules for the mission, the coordinates of the spots we had to find, a map, a turlag snack and strangely some condoms; we got told it´s up to our imagination, what to do with those. While drawing the points of the coordinates into the map we had to eat breakfast, pack our lunch and get ready for the hike because the mission started immediately after the instructions, and this was a competition! Everyone wanted to be one step further than the other teams. The aim of the game was to reach as many spots a possible and take a creative group picture. The weather was not on our side, it was foggy, rainy and unfriendly cold. While some teams were on their way straight up to the tops, others took their time to pick points at lower heights. One team had to struggle with an unconditioned hiker, who just could not be as fast as the Norwegian team members. Anyhow, all the teams had their adventures, no one got lost in the dark and a bunch of funny pictures were made. Only one mascots didn’t survived the day (RIP). The evening was characterized by lively activities like climbing around tables (crazy guys who still had some energy left), speeches on team spirit, outdoor girls and active boys and last but not least a couple of drinks. Some adventurous party people were ending up in the sauna and in the nearby (really cold and shallow) stream for a little swim.

At the next day the mission ceremony was honouring the best picture as well as the last and the best three teams. Out of the winning team the outdoor champion was selected with a super final, a super hyper final and a super duper hyper final (an educating quiz, making a fire and again climbing around tables)! Cleaning up and being hungover was also part of this Sunday. The bus ride back to the airport was used for a little nap by most of the people. After a weekend full of fun, making friends, glory and failure we came back to Oslo and tried to push all our four backpacks and equipment into a tiny car. At home in Ås we were happy to have a convenient bed waiting for us. 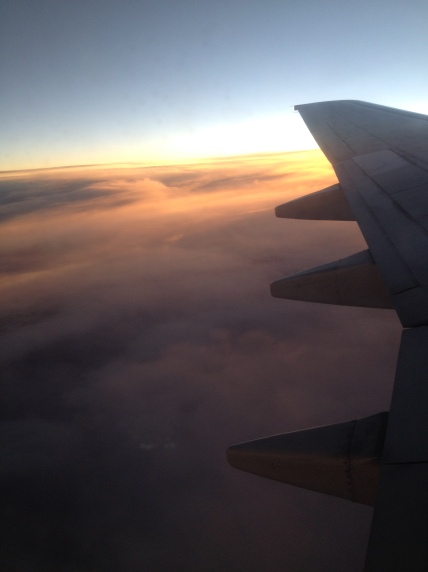 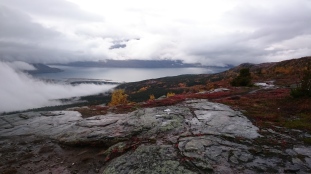 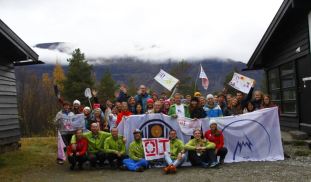 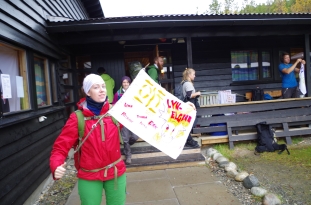 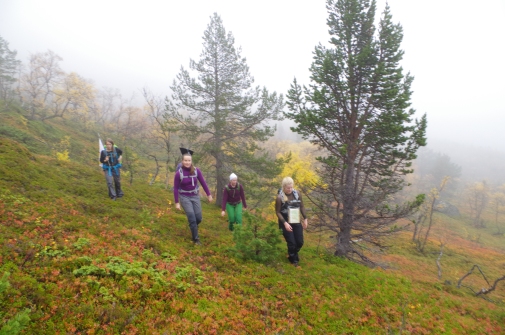 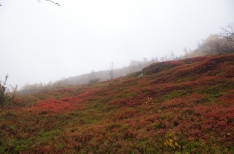 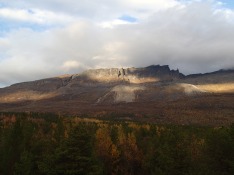 Translate the site to your language